TermiteMansion
0
Product was successfully added to your cart

Why do I need white ant baits in Australia?

The White Ant (better known as termites) are famous around the world as the number one enemy of the household. This pest is one that you have probably heard of on multiple occasions. White ant is another name for the termite, an insect which forms large colonies within the ground and commonly feeds on various types of wood. With a small, soft and pale body, they are known for the costly damage they can cause to structures by eating away at structural timber while remaining undetected.

While there are only a small number of species of termite that cause this damage out of many hundreds, they cause more than 90% of economic damage to homes. This has been estimated to cost Australia 300 million dollars per annum with the average repair bill costing around $7000 per home.

We know termites and we know how to remove them!

One obstacle in past research into termite bait and control has been the difference in their behaviour in a controlled environment(science lab) when compared with their usual habitat. Because our team of experts have had decades of experience dealing with termites in Australia’s homes, we have gained much more valuable knowledge about how to effectively eradicate them.

How our white ant bait stations can help

There are particular characterises of the damaging species of termite that can be taken advantage of when monitoring and removing a colony. The benefit of our specially designed white ant baits and monitors in Australia is their ability to deal with any infestation which would otherwise go unnoticed. Once the presence of a colony is made obvious, you can then use our Treatment Pod with QueenKiller™ to attack the problem at its source and achieve a longer lasting result.

While there are multiple different species of termites that can lead to problems, the Rhinotermitidae family (including Coptotermes acinaciformis) is the most common cause of damage in Australia. With their ability to evade detection and feed on structural timber for many years, white ant bait stations are essential to keep your home protected.

Our baits and monitoring systems are developed to find the termites if they are in the area and stop them before they cause hundreds and thousands of dollars in damage to your home. 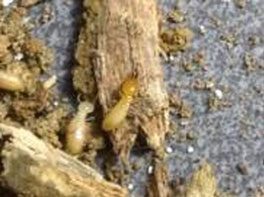 Coptotermes acinaciformis is the most economically damaging termite in Australia. 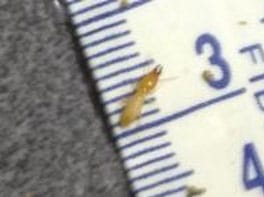 TermiteMansion and QueenKiller have been developed by Scientists and Termite Experts to protect your home against termites.